Author Aboard!
Today, Peter Tupper joins us for a brief cruise on the airship. 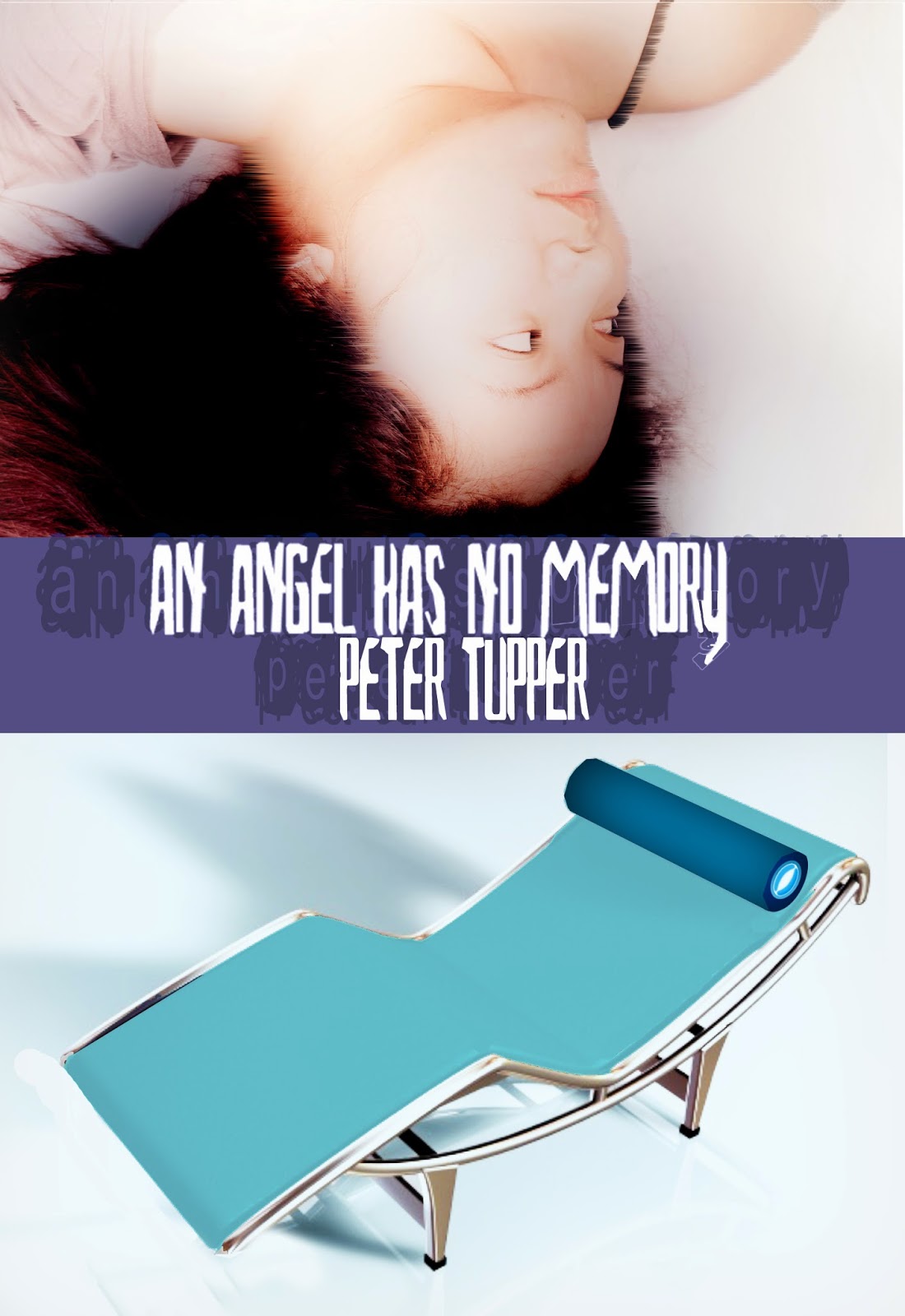 Greetings. My name is Peter Tupper. I’m a writer and journalist in Vancouver, BC, and I’m here to tell you about my new book, "An Angel Has No Memory," published by Inkstained Succubus.

“Hey, we could have just talked, had a drink, like co-workers. No pressure.”

“I’m not looking for anything right now, all right?”

“Just don’t spread this around.” Rose hated being in the closet almost as much as she hated being known as “the Asian lesbian” wherever she was. “Please.”

This was supposed to be a meritocratic corporate society where race or gender or sexuality didn’t matter, but Rose had realized long ago that there were still glass ceilings. Being a woman was a strike against her in technical fields, and being Asian a strike against her in management, but being known as queer would make her life intolerable. Better to present a face that was perfect for the job, and keep everything else hidden.

One of Rose’s big problems is that she’s in the closet about her lesbianism and her sexuality in general. I had some hesitation about including this social idea in this story.

Science fiction tends to be more or less liberal, viewing human history as a progress narrative, from ignorance, barbarism and prejudice to enlightenment, peace and tolerance. Science fiction that does not assume this gets its own category, dystopia. The default assumption is that in future, society will be more liberal about social issues like race, gender and sexuality, and it would be unnecessary for a woman to keep her sexuality a secret.

Western society’s views of GLBT people have changed remarkably over the past few decades. Just the last few years have seen increasing liberalization on issues like same-sex marriage in the USA. Obviously there’s still a long ways to go, and there are people who will fight it every step of the way, but things are indeed happening.

On the other hand, other societies are moving in the opposite direction. The 2014 Winter Olympics are under controversy because of Russia’s harsh treatment of homosexuals. That’s a society that has gone from tacitly ignoring homosexuals to actively persecuting them. The rise of the fundamentalist strain of Islam in the Middle East has created some of the most culturally repressive societies in the world. And the fundamentalist Christians who inspired Margaret Atwood’s The Handmaid’s Tale are still out there.

We can’t count on our future being more liberal, more progressive, even if a totalitarian theocracy doesn’t take over. Arguably, Rose lives in a neo-liberal dystopia, where consumer-capitalism hasn’t produced the level playing field it promised. She still has to hide her sexuality to maintain her precarious position in society, much less advance. To express her desires, she has to leave the surveillance-heavy, subtly conformist corporate world where she works and go to underground clubs. Her gender and race are other aspects of her identity that could be liabilities, though harder to conceal. Therefore, she is alone.

There’s an additional, self-imposed layer of closeting on Rose, her own sexual fear and shame. Even when told that her immediate superiors are at least tolerant of sexuality, she keep hiding, just in case. She can’t show her intricate fantasy life to others out of her own sense of shame for going against what her family and her culture have taught her to be. The irony is that her job is helping to fulfill the fantasies of those who have enough money and privilege, and have it done discretely. She’s basically the new middle-class, a service worker providing entertainment and luxury goods for the new aristocracy, and it is a precarious position, one that doesn’t leave much room for self-expression. Of course she’s stressed out.

All these political and economic issues trickle down to the level of individual psychology and day to day decisions. Our diverse culture requires affluence to support it. It’s hard to be part of a subculture when you’re hustling three part-time jobs with no benefits just to keep a roof over your head. The mounting inequality of our society is changing our minds in ways we can’t even recognize yet.

"An Angel has No Memory" is available in .pdf and .epub from http://www.inkstainedsuccubus.com, Amazon and All Romance Ebooks
Posted by Unknown at 10:40 AM